In the Army, as is common knowledge, Chaplains are known as “Padre”, and in the Royal Air Force, “Sky Pilot” which give some indication of their role. But who has ever heard of “Sin Bosun” the name Shipmates call their Royal Naval priests. Literally, this means the person in charge of “Sinning”, which as Sin Bosun to the Headingley No. 1 branch of the Royal Naval Association, I rather like.

What it implies is that their Chaplain is a human being, with the same strengths and weaknesses as the rest of us, and so he is not put on a pedestal, because, we are all in the same boat. So, as Sin Bosun it is my privilege and joy to minister as a priest to my shipmate colleagues and friends, and also to join in their social activities, and enjoy a knees up, and the odd tot of grog.

I was invited to become Sin Bosun, in 1988, by the late Branch Secretary, shipmate Dick Rogers, and I have enjoyed every minute of it. The job touches every aspect of life, and it is lovely, and immensely satisfying to comfort and support shipmates in good times and bad, to share their lives, to pray with them, and in the name of Almighty God, Our Heavenly Father, to bless them.

Given the English sense of humour, the job certainly has its amusing side, even at funerals, although this may not be apparent at the time. I recall an occasion when a newly ordained minister, was invited to conduct a funeral at sea. He thought the funeral party got in a boat, sailed a little way out to sea, and then “over the side”, forgetting that those in authority over us, would be distinctly under impressed when the incoming tide deposited the coffin on the beach. He was a little worried when he learnt that they would be taken by a trawler from Immingham to a deep water trough, 40 nautical miles from dry land. He was even more anxious when they departed in gale force conditions with 30 foot waves. Eventually, in the still appalling weather, he conducted the service, and over the port side, committed the deceased to the waves. Sixty seconds later, the cry went up “Coffin Ahoy”, as it surfaced off the starboard bow. They had failed to properly prepare the coffin for the deep, but the problem now was how to get it back on board. One minute the trawler was 30 feet above the coffin, and the next, the coffin 30 feet above the ship. It took them an hour to recover it, although only a few minutes to ensure it would never surface again. Once more the minister committed the coffin to the waves, and this time it descended to its final resting place, in Davey Jones Locker.

Not surprisingly, our minister never again conducted a funeral at sea, 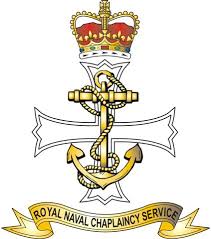